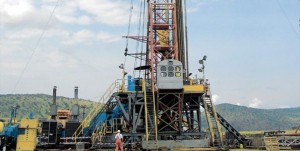 from MARIA MACHARIA in Nairobi, Kenya
NAIROBI – TULLOW Oil, the independent oil and gas exploration and production group, reported success of its projects in Kenya.

“Exploration in Kenya continues with wildcat successes at Amosing-1 and Ewoi-1 supporting the Pmean discovered resource estimate of 600 mmbo; E&A campaign continues in the second half and into 2015 with basin and play testing campaigns in Kenya, Norway, Suriname and Gabon,” the company said in a statement accompanying its half-yearly results for the six months ended 30 June.

It said during the period, an important MoU was signed with Government of Kenya and partners to speed the exploration programme.

Meanwhile, the company reported revenues and gross profit for the period were in line with expectations.