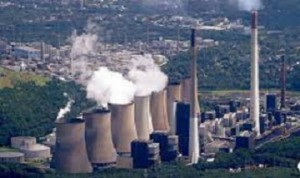 For the past month, electricity users have been enduring daily load shedding with some parts of the country being in the dark for entire days.

“Hwange Power Station, where we get most of our electricity is operating below capacity,” she said.

“There are faults happening there, machines are too old and we have been using three, sometimes two units. So we have many challenges and that is why we are forced to switch off some areas,” said the deputy minister.

She said the Zimbabwe Power Company, a company incorporated in 1996 as an investment vehicle for generation of electricity, was trying by all means to rectify the situation.

It is difficult to cover the gap because of the high demand caused by winter farming.

“Sometimes it overwhelms us,” said Mudyiwa.

The Southern African country generates 1 269MW of power from its five stations against the demand of close to 2 000MW while supplementing the shortfall with imports and alternative sources such as solar, fuel and gas.

Hwange Power Station, Bulawayo, Munyati and Harare power stations are all operating way below capacity due to obsolete equipment.

As at 20 August, Hwange, whose installed capacity is 920MW, is
generating a mere 337MW.

Kariba hydro station is generating 890MW against a capacity of 1 050MW, according to ZPC.

A few years ago, Zimbabwe imported the bulk of its electricity from South Africa, Mozambique and Zambia due to depleted generation.

Hwange’s six plants were commissioned between 1983 and 1987 but their designs were done in the 1960s.

Expansion of Unit 7 and 8 being undertaken by Sino Hydro of China is underway and will add 600MW next year.

The Bulawayo, Harare and Munyati plants were also built starting in the 1940s.

Civil works are underway towards construction of a US$4 billion Batoka Gorge Hydro Electric power station on the Zambezi river gorges.

The government has licensed a number of independent power producers to augment power supply and about three solar plants and a thermal one are likely to be on the national grid before end of the year.