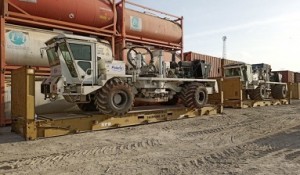 from DANAI MWARUMBWA in Harare, Zimbabwe
HARARE - ZIMBABWE has been identified as the solution to a key driver of Africa’s energy transition following strong indications of oil and gas prospects northeast of the country.

The deposits are prospective in the Muzarabani Basin situated in Mashonaland Central province in Zimbabwe bordering Mozambique.

In addition to oil and gas opportunities, Zimbabwe boasts significant mineral deposits that serve as key inputs into clean energy technologies, according to experts.

AEC is organising the African Energy Week, set for Cape Town, South Africa, where Zimbabwe and its energy investment opportunities will be under the spotlight.

The Southern African country has no proven hydrocarbon reserves yet, instead deriving its energy primarily from hydropower and coal, along with petroleum imports from neighboring countries.

“However, with the promise of potential prospects in the Muzarabani Basin – which borders Zimbabwe and Mozambique – the country is sitting on the verge of a hydrocarbon boom, set to be unlocked through foreign capital, technology and expertise,” AEC added.

Zimbabwe is prioritising the expansion of its energy sector and inviting global stakeholders to explore what is described ‘uncharted territory’.

Australian-based Invictus Energy Limited signed a petroleum exploration development and production agreement with the government of President Emmerson Mnangagwa to explore for commercial deposits in the Muzarabani prospect.

The exploration of mineral as well as oil and gas deposits are anticipated to resuscitate the economy, which has been on a lull for more than two decades.