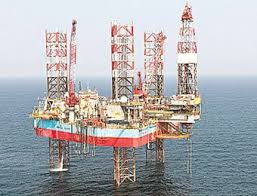 from ARMANDO DOMINGOS in Maputo, Mozambique
MAPUTO - THE Mozambican Oil and Gas Chamber (CPGM) has condemned the relocation of the Africa Oil Week from South Africa to the United Arab Emirates (UAE).

CPGM President, Florival Mucave, said the event’s move from Cape Town to Dubai was wrong, short-term in its thinking arguing the move was sending a negative message about Africa.

“The move underestimates our preparedness to host events that define our future economic and energy sector success. Imagine the Africa Cup of Nations football tournament being hosted in Dubai because one company says Africa is not the right place anymore because of the COVID-19 pandemic,” Mucave said.

He said he was concerned about the decision to move the Africa Oil Week to Dubai under the guise of protecting participants from COVID-19 contamination in Cape Town.

“Their (organisers’) excuses and final decision to move are both unacceptable and wrong. It sends a message that when things are hard because of COVID-19, Africa should be abandoned for other locations irrespective of the loyalty and the sponsorship Africa has shown for more than two decades,” Mucave argued.