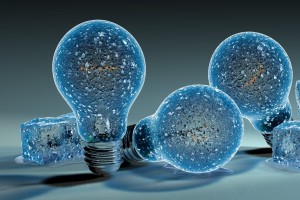 Eskom appeals to customer to use electricity responsibly

by AKANI CHAUKE
JOHANNESBURG – COINCIDENTALLY, power woes are back to haunt South Africa at a time the continent’s most advanced economy, and worst afflicted by the coronavirus (COVID-19), intensifies its vaccination campaign.

“That said, I hope we don’t see a similar coincidence later this year when stage 3 of the vaccination programme is scheduled to begin,” Siobhan Redford, the Rand Merchant Bank (RMB) economist, said tongue-in-check.

She noted that as South Africa’s electricity supply remained constrained, as of this week, every month this year had experienced load-shedding.

Nonetheless, the economist said despite a slow start and much concern over the pace of vaccination, she felt the exercise was a step in the right direction.

“Do not be surprised to hear about teething problems as new vaccination sites are added to those existing and more people become eligible for the vaccination,” Redford said.

“But what really is important is that we see an increase in the daily rate of vaccinations as this will be vital in allowing South Africa to start eyeing a return to normal,” the economist added.

South Africa has the worst COVID-19 crisis in the continent, with more than 1,6 million cases and over 55 200 deaths as of the beginning of the week.

“It is of particular concern that load shedding will impact the rollout of vaccines sorely needed in the face of the continuing COVID-19 pandemic,” Ghaleb Cachalia the DA Shadow Minister of Public Enterprises, said.