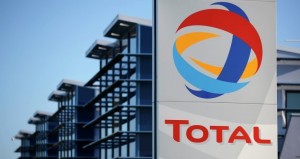 from ARMANDO DOMINGOS in Maputo, Mozambique
MAPUTO - THE African Energy Chamber (AEC) has denounced Total’s withdrawal from its operations in the terror-prone northern Mozambique.

The French multinational integrated oil and gas company declared a “force majeure” on its liquefied natural gas (LNG) project in the Cabo Delgado.

“We are disappointed about Total’s recent decision to (withdraw) on its Mozambique LNG Project,” the AEC stated.

“While the Energy Chamber stands in solidarity with Mozambique and Total all energy investors, we believe the declaration of force majeure could have been prevented and comes prematurely.”

While the force majeure declaration by Total is a legal instrument at its disposition to procure its objectives and compromises with its lenders and the government, AECs that Total would stand with Mozambique and its people

“Mozambique continues to be one of the most attractive options to produce gas in the world due to its carbon neutrality, representing a viable solution for climate change. Such a rare opportunity for Africa and the world,” stated NJ Ayuk, Executive Chairman of the AEC.

AEC said while Mozambique might have some important security issues at the moment, it was not within the top countries most impacted by terrorism, according to the 2020 Global Terrorism Index.

Such countries include Nigeria, Pakistan, India, and Libya, where Total continues to operate.