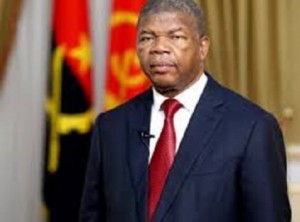 from PEDRO AGOSTO in Luanda, Angola
LUANDA - ANGOLA’S expenditure on defense is projected to increase to US$8,5 billion cumulatively amid security threats.

This is set to benefit defense supply powerhouses, China and Russia.

Harry Boneham, Associate Aerospace, Defense and Security Analyst at GlobalData, said increases in border security, the vulnerability of essential infrastructures, and regional geopolitics were acting as catalysts to the growth of security expenditure in Angola.

“Additionally, the country’s 1 600km coastline remains susceptible to attacks from pirates. Modernization of the Angolan Armed Forces is needed urgently, alongside the procurement of foreign military equipment,” he added.

Between 2015 and 2019, Russia was Angola’s primary arms partner, representing 68,3 percent of imports, according to GlobalData.

China has steadily been expanding its arms relationship presence in Africa in recent years.

Angola is no exception, with China having supplied the Southern African country with 12 K-8 trainer jets.