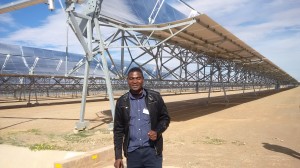 by TINTSWALO BALOYI
JOHANNESBURG – A multibillion-rand investment by the private sector is set to ease South Africa’s energy crisis from August next year.

That is according to President Cyril Ramaphosa as the country grapples with recurrent load shedding.

Power stations have not been able to produce enough electricity to meet demand.

Last week, Gwede Mantashe, the Minister of Mineral Resources and Energy, said some companies that had successfully bid to supply 2 000 megawatts of emergency power to address the gap in capacity.

The power will be produced from a range of sources including solar, wind, liquefied natural gas and battery storage.

These projects will involve an investment of around R45 billion (US$3 billion) by the private sector.

Around half of all the materials used in the construction will be locally sourced, Ramaphosa said.

“The projects should be providing power to the nation by August next year,” he added in his weekly letter.

Also last week, government released a request for proposals for the procurement of a further 2 600 megawatts of renewable energy.

This is the fifth ‘bid window’ in the country’s programme to buy renewable energy from independent power producers.

This is expected reduce the demand on Eskom’s power stations and increase overall generation capacity through private investment.

Over the course of the next year, government plans to release four more requests for proposals for new power generation projects, in renewable energy, gas, coal and battery storage respectively.

These projects would be expected to provide over 7 000 megawatts of electricity.