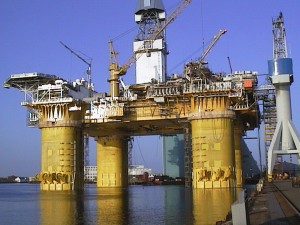 from ARMANDO DOMINGOS in Maputo, Mozambique
MAPUTO - MOZAMBIQUE is on track to be a hub for natural gas development and investment in Africa.

This is according to an industry executive about the Southern African country that has in recent years discovered vast gas reserves.

“Mozambique is a country full of amazing opportunities,” said NJ Ayuk, the executive chairman of the Africa Energy Chamber.

“I have had a chance to engage with the energy industry in the country and also with a lot of local companies, civil society and young people.”

Ayuk said from the discussions, it was clear that in a changing world where energy demand, energy poverty, and climate change issues were a concern, stakeholders must evolve and become responsible energy producers.

“Mozambique is uniquely positioned to live up to this challenge,” he said.

“With an abundance in gas resources, we have an opportunity to grow and diversify our economies and create industries that support our lives, such as personal protective equipment, medical supplies, agricultural fertilizer and computers.”

Ayuk added Mozambique’s energy producers were committed to the production of low-emission natural gas and were already deploying world-class technology to meet these obligations.

“We have to have faith and support them,” he said.

“They will also support the clean energy needs of communities in Mozambique and around Africa, which is something we all have hoped and prayed for,” Ayuk commended the government’s evolving position.

Mozambique is facing difficulties driving recovery from a period of unprecedented economic adversity.

The African Energy Chamber has pledged to focus on increasing collaboration with industry and other governments, as well as fulfilling commitment to being partners in local communities.