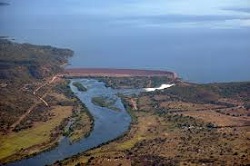 from ARNOLD MULENGA in Kanyemba, Zambia
KANYEMBA – IN a continent synonymous with constant power cuts, Zambia has emerged a leading light, literally, in power generation.

Significant investments in the country’s own primary resources such as biomass, coal and hydroelectricity have not only left Zambia on track to energy surplus but is good news to neighbouring Zimbabwe in the south, and eventually, the entire Southern African Development Community (SADC) region.

Among projects taking centre stage in the unprecedented energy generation is the hydroelectric Itezhi-Tezhi Dam south-east of the country.

Operational in 2016, it is an investment running to US$375 million.

The plant has a 120-megawatt (MW) capacity and is the culmination of the first public-private partnership project (PPP) in the Zambian energy sector.

This investment was part of the government’s commitment to end the epileptic power supplies to the country’s population of 17 million as well as the country’s economy, largely dependent on copper mining.

Two years later, this proved to be a masterstroke as Zambia stopped imports of electricity.

With power into the national grid improved by 7,5 percent, 2018 marked the first time in post-independence Zambia’s 54-year history that it stopped power imports from neighbouring countries, mostly Mozambique in the southeast.

Webster Musonda, head of power transmission at energy utility, ZESCO, pointed out energy imports had to be ceased following the investment in primary resources.

“Zambia’s power generation capacity has improved and will now be able to largely meet its energy needs,” he assured.

The African Development Bank (AfDB) which contributed $55 million to the Itezhi-Tezhi project, highlighted that soon, Zambia could produce surplus, which would be beneficial to the Southern African region where most countries are battling insufficient supplies, much to the detriment of economies.

AfDB has over 20 projects in Zambia, totaling $1 billion. These are implemented under the bank’s “Light up and Power Africa” scheme.

The government of Edgar Lungu aims to produce a surplus in the upcoming months. Solar energy is key to these ambitions.

Among other projects set to be pivotal include the construction of mini solar plants.

An estimated $1,2 billion will be spent on the plants whose capacity will be 600MW.

There are also new hydro-power stations at the Gorge, Kafue, Lusawaki and Musonda dams.

Meanwhile, Zambia and Zimbabwe are working on a $3 billion project, on the mighty Zambezi River, to boost power supplies to the entire SADC regional bloc.

The two neighbouring countries will share the 2 400 MW output of electricity equally.

The surplus will then be sold to the SADC member states.

According to SADC, weak infrastructure and foreign commitments hinder the use of the region’s abundant petroleum and natural gas resources.

The bloc has also cited pricing and infrastructure challenges as impeding the region’s renewable energy potential.

A majority of the region’s population of over 345 million people, across the 16 member states, have to contend with persistent power cuts.

South Africa, which is SADC and African continent’s most advanced economy is not spared.