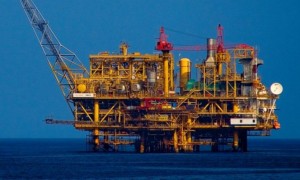 from PEDRO AGOSTO in Luanda, Angola
LUANDA  - ONE of the continent’s biggest producers of crude oil, Angola, is bracing up for the latest upheaval in the global market for the commodity.

The turmoil is projected to have an adverse effect on the economy overly-reliant on this extractive sector.

Oil prices have fallen by more than half since early this year due to the global coronavirus (COVID-19) pandemic and a price war between Saudi Arabia and Russia.

They are the largest world producers of oil.

The COVID-19 has slowed down global economic activity and demand for the commodity.

Angola, Africa’s second-largest producer of oil (behind Nigeria), may reduce its daily oil production by 348 000 barrels as of May 1.

This is within the auspices of an agreement reached last Friday by the Organisation of the Petroleum Exporting Countries (OPEC) and some countries outside the bloc to lower production to 11 million barrels of production globally.

Countries agreed to slash about 10 million barrels daily for the period May to June.

Angola is one of 13 OPEC nations.

Current production is at 1,4 million barrels/day.

Some 18 months ago, Angola had a daily production of 1,5 million barrels.

The sector is the lifeblood of the economy of the country that is also the biggest in Southern Africa by land size.

In the aftermath of the instability in the sector globally, the Angolan government of President Joao Lourenco has adjusted its 2020 state budget implementation rules.

This entails adjustments to the document that defines the state’s annual revenues and expenditure.

According to the cabinet, the intervention aims to make money accessible to budgetary units and dependent bodies.

This is anticipated to enhance services and sustain public needs.

Gross domestic product (GDP) for the final quarter of last year was down 0,8 percent from the same period in 2018.

Nonetheless, the Extraction and Refining of Crude Oil and Natural Gas segment of the economy contributed 29,4 percent to GDP. It remains the most contribution by any sector, ahead of trade, construction and public administration, in that order.

Siobhan Redford, an economist with Rand Merchant Bank (RMB), said the revival in the economy of China, initially the epicentre of COVID-19, could spearhead the resuscitation of the oil sector.

“Surely the pick-up in China’s economic activity, now getting to pre-COVID levels, would be seen as a positive development for oil, as well as demand for other commodities and thus their prices,” Redford said.