Lowveld unites against common COVID-19 cause 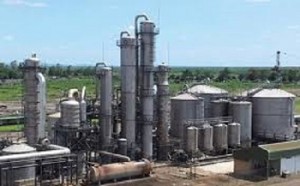 from SHELUZANI MAKHESE in Triangle, Zimbabwe
TRIANGLE - BUSINESSES in the Lowveld region of the ancient Masvingo Province are playing an exemplary role in complementing government efforts to tackle the spread of the coronavirus (COVID-19) in Zimbabwe.

Companies have donated significantly towards the cause despite their operations impacted by economic crises.

The region, which is the country’s prime sugar producing area and is endowed with minerals, is supporting government interventions amid the country’s problems affecting the response to the pandemic that is decimating livelihoods across the globe.

Tongaat Hulett Zimbabwe, the Chiredzi based cane sugar firm, recently contributed $12 million to the Great Zimbabwe University (GZU) to enable students at the tertiary institution develop skills and technologies to eradicate the virus.

The donation has been made to the university’s Department of Natural Sciences.

Tongaat Hulett also donated 20 000 litres of its ethanol produce for the manufacturing of desperately needed sanitisers.

The Ministry of Health and Child Welfare is working closely with the GZU to ensure the proper design of sanitisers.

These would be widely distributed throughout all seven administrative districts and other provinces.

GZU has so far produced 1 000 sanitisers that have been handed over to the health ministry.

An additional 3 000 litres of disinfectants will also be handed over to the ministry before end of this week.

Bikita Minerals, another giant company mining lithium mineral at Nyika in Masvingo province also handed out $50, 000 to the same department at GZU.

GZU has welcomed the contributions.

“We have the potential to provide the innovation that save and transform people’s lives provided resources are readily made available to us. What developed countries can do, we can also match here at university, but our challenge is that we lack resources,” said a student.

“Of late, we have seen the corporate world coming to our support, and we are reciprocating by saving lives through modern innovation. My prayer is that this kind of love and unity must not at all vanish after the end of COVID-19.”

Professor Rungano Zvobgo, GZU Vice Chancellor pointed out the university had since overlapped production of protective clothing, chiefly masks and other gear.

The university’s initiatives are in response to a challenge by the government of President Emmerson Mnangagwa, on local tertiary institutions to use their skills to contain the pandemic in the face of acute economic challenges such as shortages of foreign currency.

The pandemic has to date claimed three lives out of 18 cases recorded.

Masvingo has no confirmed case.

An individual who was feared to be carrying the virus has tested negative.