Anger over Lesotho project to supply water to SA 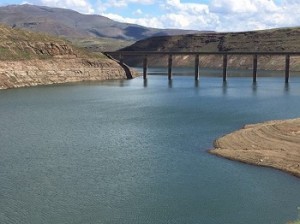 from TSOANELO MOKHAHLANE in Maseru, Lesotho
MASERU – THE construction of a Lesotho dam to supply water to South Africa has lurched into crisis after it emerged nearly 8 000 people face the loss of their homes or livelihoods when construction begins.

Human rights groups have called for the construction of the Polihali Dam project thus to be halted until affected communities in the northeast Mokhotlong district have been properly consulted and compensated.

Amnesty International said some people to be displaced to make way for the dam had given as little as the equivalent of slightly more than US$1 (R14,75) as compensation for being resettled around Mokhotlong.

“This is not enough to buy even a loaf of bread,” said Deprose Muchena, Amnesty International’s director for East and Southern Africa.

The activist lamented that people were already being moved out of their homes for resettlement.

Others reportedly face losing grazing land for their animals, or the loss of wild fruits and medicinal plants from which they earn a living.

The Polihali Dam, which is part of the second phase of the Lesotho Highlands Water Project, could result in thousands of people from about 35 villages losing their homes and livelihoods.

“South Africa, which will benefit from the new water supply, also has an obligation to ensure that the project complies with human rights while pursuing this water deal,” Muchena said.