Angola in spotlight amid new revelations in Mozambique debt scandal 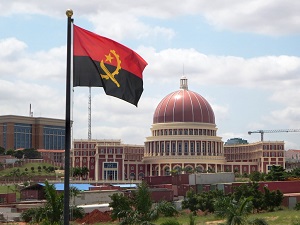 from PEDRO AGOSTO in Luanda, Angola
LUANDA - A CHAIN of emails detailing how bribes were paid to Mozambican government officials in the hidden debt scandal that ruined the Southern African country’s economy has resuscitated concerns on similar dealings in Angola by the Lebanese company implicated in the scam.

The greatest fraud in Mozambican financial history emanated from the fraud scam in which state-owned companies contracted US$2 billion in loans for shady projects between 2013 and 2016.

Bribes and kickbacks to the tune of $200 million were allegedly paid in securing the loans, without the knowledge of the National Assembly.

It was revealed in 2016 that public entities in Mozambique had taken on debts backed by government guarantees without submitting them to the National Assembly as the Mozambican constitution requires.

Read in recent days to the United States District Court in Brooklyn, trail mail between the disgraced Privinvest Group executive, Jean Boustani, and Teofilo Nhangumele, then chairman of state-run Proindicus, Ematum and Mozambique Asset Management (MAM), lifts the lid on how bribes were paid to Mozambican government officials.

The three companies are now bankrupt.

Nhangumele is the alleged fixer in the loans scandal and allegedly took $8 million in kickbacks from Privinvest and, with a reported insatiable appetite for money, is alleged to have asked for more.

Jonathan Polonitza, an agent of the Federal Bureau of Investigation (FBI), testifying before the court, has read the emails between the two beleaguered men, dating from November 2011.

In November that year, Boustani and Nhangumele are quoted as discussing the payment and timing of so-called success fees to ensure Privinvest entity, Abu Dhabi Mar, secured the Proindicus project.

The deal was for the supplying of ships, radar stations and other equipment to monitor Mozambique’s economic zone.

According to the emails, such payments would only be made if government agreed to the deal.

Boustani stated, in the emails, such policy was influenced by “negative experiences” in Africa.

“Therefore, we have a strict policy in the Group consisting of not disbursing any ‘success fee’ before the signature of the Project Contract.”

Late in 2011, the two men are quoted in emails discussing the so-called stakeholders’ portion for the project.

Boustani: “I need a % or figure. You know our range bro. I need yours too.”

Nhangumele: “Fine brother. I have consulted and please put 50 million chickens. Whatever numbers you have on your poultry I will add 50 million of my breed.”

Apparently, the ‘chickens’ are dollars.

“FYI LOLLLLLLLLLLLL for chickens, I will add 62M (million dollars) in total (12M for you and I = 5% because the budget we put 240M),” Boustani stated in the email.

Eventually, Privinvest and Proindicus signed a $372 million deal for the coastal monitoring system. This was later increased to $622 million and financed by Credit Suisse loans.

This is according to testimony by former Credit Suisse managing director, Andrew Pearse, who has since admitted to receiving kickbacks.

Another alleged mastermind of the kickbacks scandal, former Mozambique finance minister, Manuel Chang, is fighting his extradition to the US by South Africa. He is wanted in both in the US and Mozambique but analysts believe the chances of his prosecution are higher in the US than his home country, where he was minister from 2005 to 2015.

Charges include corruption, money laundering, criminal association, possession of prohibited weapons, blackmail, abuse of office and the falsification of documents.

Privinvest has denied allegations leveled against it in Mozambique.

Meanwhile, Privinvest has also been unfavorably cited in similar contracts in Angola, another Portuguese colony.

While Mozambique has charged 20 people, including the son of former President Armando Guebuza, over a fraud scam, the government of Angola has been silent on the possibilities of fraud having possibly characterised Privinvest activities.

Current President, Joao Lourenco was Minister of Defence at the time of the transactions and was in that capacity, allegedly involved.

Among deals for Angola included a €495 million contract to buy ships and maritime construction capacity from Privinvest, in a contract strikingly similar with Proindicus and MAM.

Simportex – a company of the Angolan Defense Ministry- also entered into a partnership with Privinvest, with contracts totaling €122 million with Finmeccanica, now called Leonardo SpA, signed.

It also included the reported purchase and sale of two ultra-fast patrol vehicles, spare parts, tools and training services between the Ministry of National Defense and the company Whitehead Sistemi Subacquei SPA, with local currency equivalent to €7,3 million.

In 2016, Angola entered another agreement with the French subsidiary of Privinvest, CMN, to provide a hydroelectric project but the scheme never materialized to date.

Minister of Energy and Water, João-Baptista-Borges, signed a memorandum of understanding (MoU) with Privinvest.

“We place great trust in these agreements and in the capacity and experience of our partners to make Angola a world reference as a promoter of clean and affordable energy solutions,” Borges said at the MoU signing.

Miguel Sanz, the Luanda-based analyst, expressed doubts Lourenco’s government would probe if corruption did not characterise Privinvest contracts in Angola.

“Trying to ascertain this would open a can of worms and bring into doubt the government’s purported war on corruption,” he said.

He took over power with a pledge to fight corruption.

Delivering his State of the Nation Address in parliament in mid-October, he disclosed the National Directorate for the Prevention and Combat Corruption (DNPCC) had opened 192 investigation cases since he assumed office.

He said this exceeded ten times the record of five years before his term.