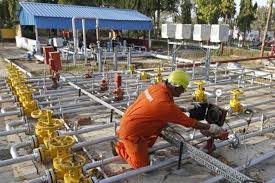 from OKORO CHINEDU in Lagos, Nigeria
LAGOS - A PROMINENT pan-African expert in the energy, extractive industries and financial sectors has defended the continued use of oil, particularly in the continent, amid a crusade by renewable energy campaigners in the West.

NJ Ayuk, the managing partner of Centurion Law Group, argued the criticism against oil by so-called climate-conscious Westerners was a ploy by influential nations to dictate to the African continent and hinder its development, considering the significant role the commodity
played in Africa’s economic development.

“Oil and gas are good, and no one has the right to tell Africa any different,” Ayuk stated.

He argued the growing trend towards renewable energy had unfortunately turned into a relentlessly negative campaign against an industry that had played a prominent role in global development.

“The criticism comes at a time when climate-conscious Westerners, whose crusade has met abject failure in their own countries, are now focusing on hindering Africa’s development. This is to ostensibly protect Africans from themselves and the perils of climate change,” Ayuk added.

He said Western nations must stop their tutelage to Africa.

“What we need is for African resources to be used for Africa’s benefit. Africa’s path to renewable energy lies through, and not against, oil and gas.”

According to experts, the main advantage of fossil fuels is their capacity to provide enough energy at a low enough price that billions can take advantage of.

Ayuk pointed out the population of sub-Saharan Africa will double over the next 30 years and the region would provide half the world’s population growth between now and 2050.

This would put sub-Saharan Africa on track to overtake central and southern Asia as the world’s most populous region.

The expert said having failed to reign in emissions at home, policymakers and international institutions were now focusing on poor countries that do not emit much carbon.

Thus, countries such as Nigeria, which is Africa’s biggest crude oil producer, and Pakistan, among others, were are unable to fully exploit their natural resources due to difficulties in securing international funding.

The setback is despite the immense role energy shortages cause in instability in these already unstable countries.

Global climate change agreements such as the Kyoto Protocol and Paris Agreement have also come under fire for burdening lower-income countries by making them pay the price for industrialised countries’ past development.

“Until renewables are subsidised, it is hypocritical to expect Africa to keep its hydrocarbons in the ground – especially as the West has a far higher carbon footprint per capita than Africa,” Ayuk insisted.

“Neither oil nor natural gas can be replaced with renewables overnight. Renewables are also not ready yet for Africa to deny itself use of its own oil and gas. Take solar power, for example,” Ayuk added.

In his latest book, “Billions at Play: The Future of African Energy,” Ayuk argues that with the right changes and attitude, Africa’s oil and gas resources could socially and economically revitalise the continent.

He also explained the role oil and gas could play in bridging the gap between now and tomorrow’s world of renewable energy.

In the book, he writes that in light of increasing environmental pressures to reduce greenhouse emissions, cleaner and increasingly affordable natural gas had emerged a viable replacement for coal in generating electricity.

Ayuk maintained he was not an opponent of renewable energy but was being realistic.

“Oil and gas will help my continent (Africa) reach a renewable energy future but at its own pace, on its own terms, and in a way that is independent from others. Oil and gas are good, and no one has the right to tell Africa any different,” he concluded.

Meanwhile, the book Billion@Play will be coming out in October.