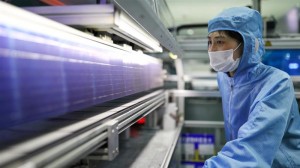 This exceeds a target of R693 million.

Investments for the CDC’s aquaculture development zone came in at R848 million and represented almost a third of the investments secured.

In the metals sector, investments with a combined value of R760 million were signed

The third top-performing investment sector was energy where an investment of R362 million was secured from a Chinese firm manufacturing solar photovoltaic cells.

The remaining investments were secured in automotive, chemical engineering, food and beverages, manufacturing and recycling industries with a total combined investment value of R580 million.

In the 2018/19 FY, 18 percent of new investments originated from China while the remainder emanated from South African firms.

Based on the new investments signed in the past financial year, Vilakazi said conservative estimations of the creation of 2 073 jobs were on course.

He disclosed Coega would have three operational Chinese investors, including global Fortune 500 company BAIC, towards 2022.

Coega is undertaking a feasibility study for the cultivation of Atlantic salmon, a popular species for commercial fishing, and cultivation and processing of high-value products from Cannabis for pharmaceutical industries.